Sandy’s Trip to the Magic Kingdom

If you know Sandy Harris you know he’s an incredibly talented and creative guy – whether it’s the gorgeous custom knives he makes with reclaimed materials or the completely out-of-this-world Halloween decorations he makes by hand. Here’s something you might not know about Sandy: he hasn’t been to Disney World since his honeymoon. And since Sandy has been with us for nearly 30 years, we thought he might be due for a little time off. Besides, we heard there was tons of cool new stuff at Disney Land that we wanted him and his family to check out.

Sandy, along with his wife and son, got the Magic Kingdom treatment almost as soon as they landed in Orlando for their 5 day stay. We set the Harris family up at Epcot’s Beach Club Resort, which boasts a 2 acre swim park and lazy river – both of which Sandy and his son enjoyed extensively. But of course, with five parks to visit, there wouldn’t be that much time to hang around the hotel. 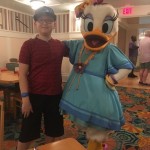 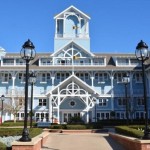 Home for the week. 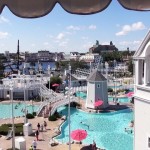 Now THAT’s what we call a pool. 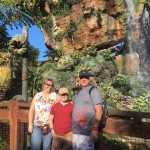 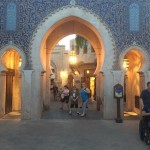 The Harris’ go Around The World at Epcot. 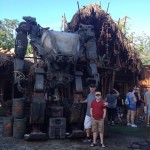 Mixing it up with the locals. 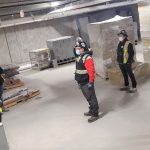 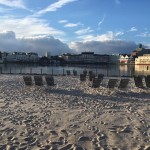 A few steps to their private beach 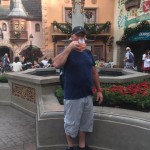 Epcot: where you can drink a beer “in every country” in one day.


Equipped with their 5 Day Hopper Passes and Magic Bracelets, the Harris family had access to everything they could possibly want at all five Disney parks, whether it was food, drink, or the front of the line on any ride in the park!

Thanks to their hotel’s central location, Sandy and his family were able to jump from park to park, hitting attractions like the Journey to Space Ride and Avatar: Flight of Passage (a must ride, according to Sandy), and the Animal Kingdom all in one day. The Magic Kingdom was just a quick boat ride away, but Sandy’s favorite park was Epcot, which he says is highly underrated. Case in point: during Sandy’s visit Epcot was hosting a Food and Wine festival. And where else can you drink a beer in every country in just one day?

Sandy says the five-day trip gave him and his family time to see everything we wanted to see, but that the trip was, “too  much for words.” Based on the awesome pictures he took, we agree!

Have a project for ODI?

Get in touch and we would be happy to see how our services and expertise can suit your needs.

Since 1981, Old Dominion Insulation has completed projects all over the United States and in Bermuda. ODI has done business in all of the following states: